Does a global response to the pandemic threaten our civil liberties? 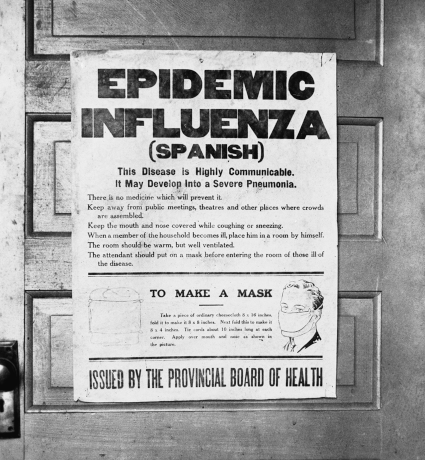 Even as Covid-19 is ravaging our healthcare system and affecting so many of our loved ones, many of us are worried about the diseases’ effect on our civil liberties. And for good reason! Each day, while the virus is claiming more lives, some new policy or government action somewhere is claiming the end of someone’s hard-fought rights. Israel passed a law allowing its foreign intelligence agencies to spy on its own population to enforce quarantine measures 1. Hungry went further by passing a law allowing Prime Minister Orban to sidestep parliament indefinitely 2. Taiwan is using cell phone towers and people’s phones to track their location and movements without their knowledge or consent. They send police if the person moves away from home or turns off their phone 3. And the UK has been no exception. Police departments there have been encouraging people to report on each other for breaking lockdown measures 4.

To be clear, these lockdown measures are reasonable. The pandemic does require a strong, coordinated response - the sort of response that can only come from a strong, effective government. People are concerned about civil liberties and privacy protections not because they don't take the pandemic seriously, but because these injuries to our rights tend to last much, much longer than infectious diseases. Civil liberties, and liberal ideals like equality before the law, are one of the few protections that we have from oppressive governments. While many people might find it laughable that the UK government would be rounding up religious minorities in concentration camps, it is necessary to be reminded that these things are happening in other countries today. 5 And the tools to enforce such oppression are exactly the same as the tools to enforce a digital response to Covid-19.

It would have been unthinkable for western governments to deploy facial recognition to monitor peoples' movements or enforce certain patterns of behavior. But that is exactly what we are seeing now in Moscow 6. And in February 2020 no one would have imagined western governments would decide to use drones to follow and monitor people without so much as a public debate. Yet Italy, Spain, and the UK have all done exactly that 7 8 9. This technical infrastructure to control Covid-19 is the same that would be required to implement a Social Credit Score 10 or the sort of oppression that the Uyghur people face in Xinjiang in China 11. The worry here is that governments are using the pandemic to deploy these new tools without scrutiny or debate from the people. And it takes a strong, effective response from the people to scrutinize governments' use of these tools and prevent such oppression from occurring.

So how worried should we be? Let's take a look at some historical precedents. It is easy to think that this pandemic is a new threat to our civil liberties. But actually, when liberalism was young and its ideals - like "equality before the law" - were not yet taken for granted, the earliest thinkers had to deal directly with epidemics and pandemics of infectious diseases. One epidemic in Philadelphia caused city officials to order churches closed and to stop public funerals. People were told to avoid contact with each other. Hospitals would not admit patients. Thousands had to evacuate the city. This wasn't the 20th-century Spanish Flu but a Yellow Fever epidemic in the 1790s. 12 Liberalism was born when pandemics and epidemics were commonplace.

Two things are different today, however. On the one hand, we have a better knowledge of infectious diseases, which has largely enabled us to prevent pandemics throughout the 20th century. On the other hand, governments today have greater powers and temptations to abuse them. The laws we are seeing allowing covet surveillance, emergency executive powers, and requirements to report on your neighbors are the same sort of things that were introduced in the Patriot Act, or other "temporary" legislation passed in a hurry during a time of crisis. It is interesting to note that such "temporary" legislation remains surprisingly permanent! The Patriot Act, for instance, was written to expire four years after it passed. It remains in force today. 13 And besides the legal framework, the physical and technical infrastructure required to make these things happen is difficult to dismantle even when governments are inclined to do so, and the hurried nature means they will have questionable oversight while they are in use. 14 Facial recognition systems are not going to be dismantled overnight, nor will police departments be eager to give up their new drones. Worse, still, is that the pandemic has established a precedent for these new powers to be used. It took a global health crisis for governments to use them this time around, but, in the future, it will be easier for policy-makers to justify their actions with the reasoning that "we've used them before". These are the same sorts of laws and actions, passed when people were worried, that allowed repressive governments to take over in the past.

The temptation to pass these sorts of laws existed long before Covid-19 and will exist long after it goes away. Fortunately, that means the tools to fight them are the same: Ordinary citizens should continue to donate to organizations that help hold institutions accountable. Citizens also need to be aware of what's in these laws and hold their elected officials to account. And liberal politicians, by which I mean those who would support civil rights, need to demand scrutiny and oversight.