Healthcare's Distortion of the US Economy

Everyone knows that health care is expensive in America. But what if the rest of its economy was just as inefficient? We expand Purchasing Power Parity to consider health care outcomes so we can create an exchange rate that makes visible the amount of waste therein. The results show that the US wasted $18 trillion over ten years. 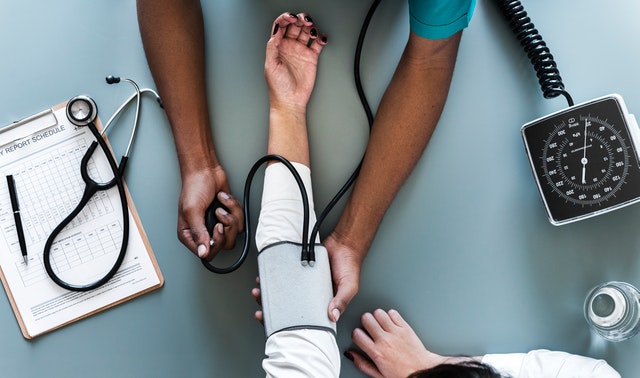 Photo by rawpixel.com from Pexels

American debates on health care reform go back to at least 1993, when the Clinton administration attempted to pass legislation to require Americans to enroll in qualified health care plans. The legislation died in congress 1, but attempt at reform lived on, culminating in 1996 passage of the Health Insurance Portability and Accountability Act, the 2003 Medicare Modernization Act, and the 2010 Patient Protection and Affordable Care Act, not to mention Republican attempts to repeal the latter and the Democratic debates on which reform is required next. The debates continue, even with the passage of several significant pieces of legislation and policy reforms, because no such reform has addressed the root of the problem: health care in the US is too expensive. Numerous papers and articles have been written describing how the United States spends more per-capita than any other developed nation but has worse outcomes, suggesting that the American system is inefficient or wasteful 2.

Yet health care accounts for 18% of United States' GDP and is expected to grow to 20% in the next few years 3. It accounts for a larger portion of the nation's economy than health care does for other OECD countries 4. Can we quantify to what extent the health care sector is inefficient? And if nearly 1/5th of the US economy is inefficient, what does this say about how US GDP compares to other advanced nations?

To answer these questions it is helpful to consider an idea from economics: purchasing power parity (PPP) 5. The rough idea is that identical goods and services should cost the same regardless of which country one is in ‐ after the prices have been converted to the same currency. For instance, if an apple cost $1.25 USD in the United States and 1.10€ EUR in Spain then purchasing power parity says the "right" exchange rate is $ 1 USD = 0.88€ EUR, so that the apple costs the same in both countries.

One way of comparing the GDP of two countries is to use this PPP idea. We would take a basket of goods and services in both countries, say the United States and Spain, and use the prices to compute a new PPP exchange rate that would tell you exactly how many US dollars you would need to spend in Spain to get the same basket as you would back in the US 6. This can differ substantially from the nominal GDP. For instance, by nominal GDP the US is the largest economy in the world, but by PPP GDP China is about 25% larger.

To apply this to health care we tweak the original idea slightly. It is not enough to look at a basket of health care services, as the standard of care ‐ the exact services one purchases ‐ differs from country to country. Instead, we will look at health care outcomes in the form of vital statistics. In particular, we will consider Life Expectancy at birth and the Infant Mortality rate 7. PPP suggests that it should cost the same (in terms of health care spending per capita) to increase the life expectancy or reduce the infant mortality rate in, say, Germany or France, as it does in the United States. We will use this assumption to create a new Health Care Outcomes Purchasing Power Parity exchange rate (HCO-FX) to compare the GDP of the United States with other highly developed countries. This will tell us how the whole US economy would compare to other advanced nations if the rest of the US economy was as inefficient as its health care sector.

But this analysis is not entirely valid. Naively, one would expect to see diminishing returns in health care outcomes. That is, it might be relatively cheap to increase life expectancy at birth to 75 years if one is starting at 60 years, but to go from 75 years to 80 years would require a lot more money. In practice, however, the US starts off with worse metrics than any other nation used in our comparison while still spending more money, so we expect that this would only strengthen the analysis.

One might also argue that health care costs more in the US because the US performs so much cutting-edge research, especially in pharmaceuticals, that also benefits other countries. In other words, one might say that the US is subsidizing the health care costs of other nations. This argument does not hold water, either. US health care spending statistics exclude commercial research and investments 8, which means that those massively expensive pharmaceuticals, among other things, do not show up in the spending sums 9.

To compute this HCO-FX we will need some data. We will look at health care spending per capita over a ten year period (2006-2015) for the United States and 9 nations in the European Union: Austria, Belgium, Finland, France, Germany, the Netherlands, Portugal, Spain, and Sweden (EU9) 10. For this set of countries, we will do the following:

Once we have our HCO-FX rate we will be able to compare the GDP of all ten nations and see how the US would stack up if its entire economy was as inefficient as its health care sector. Let us begin by graphing the data for the EU9 countries.

Based on the above we can compute how much spending an additionally 10,000€ on health care per capita might increase life expectancy or reduce infant mortality over a ten year period.

By taking the average we can express how much 10,000€ is worth in terms of health care outcomes. In particular, we can see that:

Meanwhile, the US spent $85,376 per capita on health care 11 over the same period. It saw a 0.9 year increase in life expectancy and a 0.8 decrease in infant mortality, giving us the following figures:

One issue with our PPP analysis is that our two health care outcomes are not commodities. Health care spending has two separate use values for the same amount. Instead of having a basket of individual commodities with their own individual prices and use values as described earlier, we have a basket of outcomes. To cope with this, we will compute a Life Expectancy PPP FX rate and an Infant Mortality PPP FX rate. The HCO-FX will be the average of the two.

This means that in terms of health care outcomes from 2006 to 2015, one US Dollar spent in the American health care system would get you the same as roughly one 39 Euro cents spent in our EU9 countries.

If the rest of the economy worked liked health care

According to the IRS, the American tax service, the average nominal exchange rate between the Dollar and the Euro in 2015 was $ 1 = 0.937 EUR 12. So from the perspective of health care outcomes, the Dollar is over 200% overvalued versus the Euro. Let us compare the GDP figures using the nominal FX rate and our HCO-FX rate:

Sources: For the EU9, see Eurostat GDP. For the US see Bureau of Economic Analysis.

Between 2006-2015 the US spent $26.5 trillion on health care. Based on the outcomes, if the US had a health care system as effect as the average of the EU9 Americans would only have needed to spend $8.42 trillion to see the same results. That means that US wasted $18 trillion on inefficient health care - that could fund the entire Federal government, including the US military, for 3 years and still have money left over 13. This is an extraordinary level of inefficiency.

To return to our original premise ‐ it is an understatement to say that US healthcare is too expensive. This 3:1 efficiency difference is reminiscent of the GDP difference between the USA and the USSR during the height of the cold war 14, or between the effectiveness of public services between nations at the top of the Corruption Perceptions Index and those at the bottom 15. Much of the health care debate centers around who pays for care - the consumer or the government. But the differences between the US health care system and those of the EU9 go beyond just who pays. Indeed, Germany and the US both have consumer-oriented, multi-payer systems 16. This level of inefficiency suggests misaligned incentives in a corrupt, wasteful system.

Thank you to Charles Dupont, Jagna Feierabend, and Emily Phillips for recommending changes to earlier drafts.